“Real governing – governing on behalf of all is hard. So in modern politics you govern to win the next election. Governing is fully subordinated to the politics of winning – but win for what? Why, to win, of course. You win to win. You win so the other guys don’t win. You win not to lose. You win because you can.”
Graham Steele, What I Learned About Politics: Inside the Rise – and Collapse – of Nova Scotia’s NDP Government

The above excerpt, taken from the book by Nova Scotia’s former NDP Finance Minister has an eerily familiar feel to it. Anyone who knows me would be aware that I have long been a fan of George Orwell’s 1984, not for the popularly held notion that it outlines some kind of condemnation of communism and/or other forms of authoritarian control, but rather for the always evolving ways in which I come to understand certain of Orwell’s observations. Of necessity, his dark, dystopian tale deals in extremes. 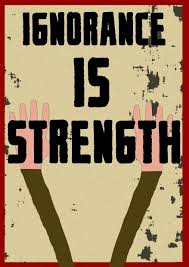 I’m happy to report that, in my opinion, we need not fear the advent of anything resembling the world of his novel. But, as I say, I have continually found elements that predict trends of a sort or, at the very least, that cause me to reflect on his general prescience. Consider the following explanation that O’Brien provides to Winston of what makes “The Party” different from all such entities that have come before:

The Party seeks power entirely for its own sake. We are not interested in the good of others; we are interested solely in power. Not wealth or luxury or long life or happiness; only power, pure power. What pure power means you will understand presently. We are different from all the oligarchies of the past in that we know what we are doing. All the others, even those who resembled ourselves, were cowards and hypocrites. The German Nazis and the Russian Communists came very close to us in their methods, but they never had the courage to recognize their own motives. They pretended, perhaps they even believed, that they had seized power unwillingly and for a limited time, and that just round the corner there lay a paradise where human beings would be free and equal. We are not like that. We know that no one ever seizes power with the intention of relinquishing it. Power is not a means; it is an end. One does not establish a dictatorship in order to safeguard a revolution; one makes the revolution in order to establish the dictatorship. The object of persecution is persecution. The object of torture is torture. The object of power is power.

To restate what I hope is the obvious: Graham Steele is not suggesting that we are on the verge of an Orwellian nightmare. But the parallel between his claim that “You win to win” and Orwell’s “The object of power is power” is striking, at least to me. And, I can add my voice to Steele’s in support of his contention that winning is all that matters in today’s political arena. I was elected to the NB legislature in September of 2010. Many times after that people asked me, especially as the next election was drawing closer, when the campaign began. My answer was always the same: “the day after the last election”. 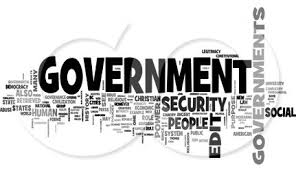 I don’t want to overstate this fact; if you have any hope of following through on promises, agendas or programs that you care about, being elected is absolutely necessary. At the same time, as Steele points out, the danger lies in forgetting all about the things that matter in deference to what becomes the more important and central concern of being elected or re-elected.

Unlike Steele, I’m not so sure that it has ever been much different, at least since the advent of modern democracies. The prerogative of being elected is inescapable when the very starting point of any hope for anything is dependent upon that reality. At the same time, such a point does not sit well with anyone, either in office, or from the outside looking in, when the rhetoric around politics concerns itself with matters of great significance to all of us, even to those don’t pay a great deal of attention to the specifics of government.

I was listening to Rex Murphy the other night and he was reflecting on the sorry state of public debate, a common theme these days. His particular interest was in attack ads and how they present such a dilemma. On the one hand, most people I know decry them as distasteful at best. At the same time, experience seems to suggest that they work.

All of this was offered in light of the changing fortunes of the federal NDP. I’m not alone in wondering how the NDP victory in Alberta might affect the election this fall. I’ve been around politics enough now to realize that people are cynical to a degree that shouldn’t come as a surprise in this age of instant access and information overload. If you keep beating on any drum long enough, sooner or later, the sound will be heard by even those least prone to listen.

Dissatisfaction seems to be the prevailing trend. What interests me (and Rex Murphy and many others) is whether we have reached a tipping point. Are people sufficiently angry and fed-up with the status quo to lash out and consider a federal NDP victory? That would require all those who have never voted NDP out of a belief that doing so is a wasted vote to reconsider that view. Rex believes that the first sign of such a possibility would be a Conservative attack ad aimed at Tom Mulcair rather than Justin Trudeau. Interesting. 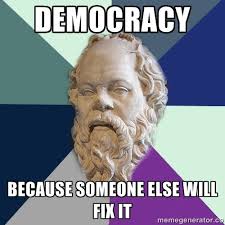 If this fall’s federal election results in such a dramatic swing, no doubt a good many in the country will be looking expectantly for a sea change in the way things are done. For that to come to pass, the newly elected NDP government would have to abandon the notion of winning as their prime motivation. What’s the chance? We’ll have to wait and see.

One thought on “Change? Really?”