They say that Caliph Omar, when consulted about what had to be done with the library of Alexandria, answered as follows: ‘If the books of this library contain matters opposed to the Koran, they are bad and must be burned. If they contain only the doctrine of the Koran, burn them anyway, for they are superfluous.’ Our learned men have cited this reasoning as the height of absurdity. However, suppose Gregory the Great was there instead of Omar and the Gospel instead of the Koran. The library would still have been burned, and that might well have been the finest moment in the life of this illustrious pontiff.
― Jean-Jacques Rousseau, Discourse on the Sciences and Arts (1st Discourse) and Polemics

I attended an event this past Saturday at the Main Branch of the Saint John Free Public Library. A lecture entitled “Is Islam a Threat to Canada? An Introduction to Islam in our Community” was given by Fazal Masood Malik of the Ahmadiyya Muslim Community of PEI. While the numbers might have been greater, those who attended were obviously the truly interested. Altogether there may have been 30 of us and, with the exception of one person who was somewhat strident in expressing a largely negative viewpoint, we all seemed equally receptive to our host and the message he came to provide. 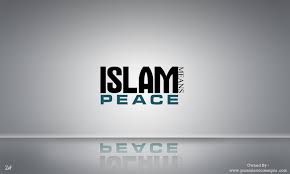 As might be expected, Mr. Malik’s answer to the question posed by the title of his lecture was a resounding “no”. And, through his reading of the Koran, it was easy to see why that was the answer. As Mr. Malik tells it, the prophet Muhammad, and through him, the words of Allah contained in the Koran, speaks of a religion that is tolerant of all other religions, that is dedicated to peace, both individually and collectively, and that has very little to say about the politics of any nation other than to insist that Muslims obey the properly constituted authority of whatever nation it is where the Muslim resides.

Mr. Malik developed his answer to the question within what I would describe as a very narrow window. Not unlike any other defender of a particular doctrine based upon a sacred text, he quoted compellingly from the Koran those instances where Allah condemns the behaviours that we in North America and other Western nations (although not exclusively just Western) have come to associate with jihadists and terrorists or whatever you might want to call them. In his reading of the Koran, it is quite clear: Allah does not sanction the xenophobic, monolithic imposition of the brand of so-called Islam practiced by ISIL, al-Qaida, the Taliban or any other group that fails the litmus test of compassion, tolerance and fair-dealing that are the hallmarks of the true Islam Mr. Malik came to defend. 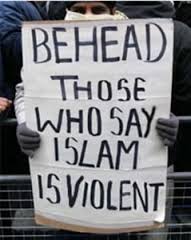 While I was both impressed and reassured by the apparent moderate and appealing reading of Islam that Mr. Malik presented, at the same time, I left, still troubled by the prevalence of a view of Islam that seems to be diametrically opposed to the teachings I had just heard. Major Middle Eastern regimes lay claim to Islam as the authority whereby they flog some, behead others and generally deny a number of human rights that we, as Canadians, accept as a given. By the measures I heard enumerated on Saturday, no country with an Islamic heritage can claim to be practicing the faith truly and diligently.

As I wrestled with this dilemma – and I do think it is the core of the dilemma that a good many Westerners have when struggling to be fair – I thought back on my own Christian heritage. I was raised in a devoutly Roman Catholic household (a house which shared a wall with the Baptist church next door) and my grandmother seemed quite convinced that those Baptists had little chance of entering the kingdom of heaven, a chance missed by all those who did not follow the “true faith” (that being, of course, the one we practiced).

While I admit to being a lapsed Catholic, that doesn’t mean I haven’t remained interested. I’ve watched the changes that have been led by Popes throughout my lifetime. Personally, I saw John Paul II and Benedict XVI as regressive, throwbacks who wanted to reverse some of the most significant reforms of their immediate predecessors. I watch the current Pope Francis, an interesting study in contrasts, – someone who seems bent on very forward reforms in certain ways while being far less enthusiastic for others.

In my lifetime, and for a few lifetimes prior to mine, interpretations of Christian doctrine have seldom been the source of significant conflict, Northern Ireland being, perhaps, an exception, although that had become far more about political power and control than differences in religion by the time it morphed into the late 20th century. What about some earlier centuries, though? I was reading about the Emperor Constantine not long ago, specifically about one of his conquests where the entire population of a besieged city was put to the sword, ostensibly because they were not practitioners of this new faith that the Emperor had embraced. 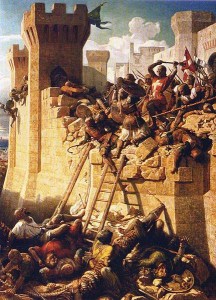 Fast forward through the crusades and the inquisition, both examples of Christians, in the first instance, setting out to reconquer lands considered to be within the sphere of influence of Christian powers and, in the second, putting to death anyone identified as being at odds with the prevailing orthodoxy. In either case, I have great difficulty imagining Jesus as a cheerleader. Who today would seriously argue that Jesus would have been there on the front lines of the Crusades or been the guy holding the torch in preparation for the burning of the latest heretic? From the perspective of a few centuries of moderation, we might even be tempted to say that slaughtering unbelievers and burnings at the stake seem unChristian (some understatement there, hopefully).

By virtue of this parallel, I feel I can gain a better handle on Mr. Malik’s argument and, I would say, his predicament. Assuming he represents a “truer” interpretation of Islam, he is going to struggle to overcome the impact of all those who have bombed, attacked and otherwise slaughtered innocents in the name of their particular brand of Islam. What makes the radicals (and all radicals everywhere, no matter the rationale) truly frightening to me is how fervently they seem to believe in their version.

As I’ve tried to argue in all of my blogs here, the reality is far more complex than it might seem. Thanks to Mr. Malik, I have a greater appreciation of the nobility inherent in Islam. Unfortunately, that doesn’t make me any more secure in the face of those who act in its name in ways that seem just as bizarre as any Christian burning someone at the stake before they draw and quarter him/her. Understanding can only go so far. It can’t always prevent me from looking over my shoulder.