Every reform, however necessary, will by weak minds be carried to an excess, that itself will need reforming.
– Samuel Taylor Coleridge

To this point, I’ve tried to avoid education as a topic on this blog, primarily because of my fear that if I start, I’ll consign myself to it exclusively. That being said, I cannot deny the role that education has played in so many facets of my life. Professionally, I spent 28 years teaching English language and literature at three high schools in southern New Brunswick. I became involved in provincial politics out of a desire to potentially influence educational policy. While I do not feel I made much progress in that regard, I do believe the experience helped me to gain a deeper understanding of the nature of the dilemma facing education in New Brunswick and elsewhere. More on that later.

If teaching was a vocation, then my own education has long been a parallel avocation although, connotatively, that might suggest something of lesser importance. Perhaps a better way to put it would be, simply, that education – and the growth inherent in its pursuit, regardless of the form that pursuit might take – has been my passion, professionally and personally, in one way or another for most of my life.

I can’t remember a time when I didn’t read. I grew up with an aunt and a grandmother who always had something on the go, my grandmother having read all of Dickens (she would tell me) when she was young, even though she had only attended school to the end of grade 8. And it’s not that the reading material around me was exclusively highbrow or especially intellectual; it was simply that reading was as much a part of the fabric of everyday as eating and sleeping. It’s what people DID.

Certain books had to be read on the sly. I still remember being in my bedroom, underneath the sheets with a flashlight, reading The Exorcist. I couldn’t have been more than 13 or 14 at the time and, strict Catholic household that mine was, a book on such a subject would not have been tolerated. All I really remember is that the novel managed to “creep me out” as they say. Realistically, I can’t even offer an opinion of its quality. All I know is that I felt compelled to read it and it doesn’t haunt me today so it couldn’t have been all bad. I suspect it falls quite nicely into that category of reading I continue to pursue even now: books that I read and forget for the most part within a few days or a week of reading them. I’m a firm believer in the value of both books and visual media that serve as diversion. My grade 8 and 9 English teacher, Miss Petersen, if she could hear me saying such a thing, would be delivering her most severe “tut-tut” I’m sure. Anyone who had her might remember her admonition: “Don’t read good books – life is too short for that; read only the best”.

While I appreciate the sentiment, I’m afraid Miss Petersen and I will have to agree to disagree on this one. While I’ve been diverting myself through the years, I’ve also been reading more than my fair share of serious literature as well as any number of volumes on virtually any subject that happens to grab my attention. I think of myself as persistently curious: just about anything can pique my interest every once in a while. Beyond literature, I’ve had an abiding interest in history, biography, physics, politics, theology, and art, especially, but I’m liable to wander into anything given the right circumstances.

Why this reminiscence, you might ask. I offer myself as a product of a system of education that has fallen into serious disrepute over the last few decades. For that matter, I offer an entire generation of my age, as well as generations older than mine as examples of what the supposedly disreputable system of education from times past managed to achieve. However much the dominance of personal technological innovation has intruded on modern life within the last twenty years, the foundations for that advance were laid by those raised in an educational system currently and persistently under attack. Strange, isn’t it, that within educational circles, the very notion of wisdom accumulated from experience is virtually absent? “Enduring” has become virtually synonymous with antiquated and the lone defensible hallmark of all that is good is “change”.

Almost from the onset of my career in teaching, the clarion call has been for reform of a system that is repeatedly characterized as rigid, “teacher-centred” as opposed to “child-centred”, archaic and out of touch with the modern world, and increasingly irrelevant. In an effort to counter these purported failings, I have watched our school system be subjected to a litany of reforms almost universally disparaged by anyone immediately involved in the day-to-day work of actually teaching young people in a classroom. The defenders and promoters of reform have been (and continue to be), for the most part, individuals who long ago left classrooms behind (if they ever practiced in one at all) for the world of educational theory, wherever you might find it, whether in the university; the School District, Dept of Education or corporate boardroom; or the halls of educational “policy”, wherever you might find such policy formulated. 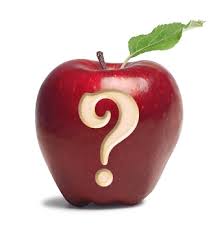 My contention (and I’m really only following in the footsteps of others who have said the same before me) is that most current reforms are the product of what might best be called “junk” science, a science that is given whatever credence it has by virtue of its ability to confirm a predominant ideology. Sadly, the change that is being pursued, regardless of the current manifestation (“current” because change in education is a constant, a statement that should strike you as inherently paradoxical), is universally directed by someone’s idea of what a “good outcome” would be, both for the individual and the for the system at large. Modern educational theory and its attempted application in schools is, perhaps, the most vivid proof of the old adage “the road to hell is paved with good intentions”. (to be continued)