If I were to be asked what my definition of a classic was, I would say it was a work that won’t go away. It just stands in front of you until you deal with it.
– Northrop Frye

I’ve been focused on travel blogging for the last couple of weeks but today I was pleased to read – courtesy of a friend – an account of a teacher in the U.S. (http://www.theatlantic.com/education/archive/2015/02/lets-talk-about-sexin-english-class/385135/?utm_source=SFFB) who ended up in considerable trouble because he dared to allow for frank discussions of sexuality and sexual behaviour through the medium of literary fiction or, to use the term I prefer, simply “literature”.

If literature isn’t your field then you might not know that one of the great debates of the last century concerned the notion of the “classic”. More specifically, elements within academia questioned whether or not anything could rightly be considered a classic, the argument being, in essence, that any such designation was the product of societal and cultural biases.

Perhaps you can see why this particular question matters to me. While it may not appear so initially, further reflection reveals that we have here another manifestation of the dominant techno-faith I’ve spent so many blogs trying to outline. The scientific premise demands clear criteria and observable proof as validation for an assertion. And so it should, if the assertion under consideration is subject to physical laws. In the case of the determination of a “classic”, something else is at play: human judgement.

Judgement is not fashionable these days. By its very nature, it cannot be subjected to objective verification. It demands subjective interpretation and argument, neither of which can be validated using the scientific method. So it is that a certain element can argue that Shakespeare should not be considered any “better” than even a Harlequin romance. Preferring one to the other becomes a matter of time and taste. Such logic underlies the contention that Shakespeare shouldn’t be taught in schools. His work is irrelevant and passé and not to be thought of as any better than what is preferred by high school students today, say The Hunger Games or Divergent. After all, who are “we” to judge?

Happily, I spent my entire career judging such things. As someone who studied literature for many years and who has been an avid reader for as long as I can remember, I will happily argue the merit of any work (and the designation of Shakespeare et al as “classics”). In the process of doing so, I may end up identifying certain of the criteria that form the basis of my judgement. That, to my way of thinking, is the very core of reading (and the reason why book clubs exist).

I’ve said many times that I am not someone who can teach anyone to read. If forced, I’m sure I would work my way through it as best I could and, hopefully, achieve a reasonable result, but my expertise was/is in helping students to read better.

As an example, consider the novel The Adventures of Huckleberry Finn (HF). I choose this particular “classic” because of its singular place as a frequent choice of book-banners in schools. I taught it many times throughout the years and did so because of what it can tell us, what it can make us FEEL, about prejudice and racism and the human condition in general.

Condemnations of HF tend to focus on the use of the word “nigger” and the general perception that African-Americans in the novel are portrayed in a negative light. In the case of “nigger”, the developed argument suggests that the word itself is so inherently prejudicial that it can’t be freed of such an encumbrance and so will cause harm regardless of any supposed justifications for Twain’s use of it.

Nonsense! My task in teaching was to help students see that the only decent characters in the novel are the ones most despised by whites. The MOST villainous characters, in fact, are ALL white. To seriously understate Twain’s achievement – it deserves a much deeper and more thorough discussion – , the novel is a vilification of the supposed morality and superiority of those most ready to condemn another based solely upon the colour of his/her skin. This wasn’t some radical reading I dreamt up; this is the considered and carefully concluded opinion of multitudes of readers who have picked up this volume and read it carefully. As for the word “nigger” itself, no student left my class feeling empowered to use it. Through teaching the novel, the word’s power to harm, and its place in demeaning others, were made very clear.

Understanding such things, however, requires time, attention, and a measure of deference to those who can make a supportable claim to being better readers. The nature of judgement and of literary analysis being what they are, such claims can be overthrown by better, more persuasive arguments, perhaps, but the last 130 years of careful reading has supported a predominant belief that Twain’s motives were as I’ve outlined. 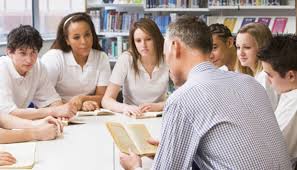 That’s why “teaching literature” is what we need in our schools. We do not need “facilitators” and “child-centred learning” (what learning ISN’T child-centred?!?) as much as we need people, in whatever discipline, who know more than those they teach about whatever it is they are teaching. And that might mean choosing a work that tackles challenging, uncomfortable topics. The best teachers help us to see that we do not need to be afraid of such things, neither the books themselves, nor the thinking they might engender.