When the number of factors coming into play in a phenomenological complex is too large scientific method in most cases fails. One need only think of the weather, in which case the prediction even for a few days ahead is impossible.
– Albert Einstein

A frequent criticism I heard throughout the time I was involved in politics concerned the political “system”. Repeatedly I was told that the system was broken, that it doesn’t work, that it has failed – you get the picture. I mention this, not because I want to begin a defense of our political system; rather, it serves as an excellent launching point for an examination of the notion of “system”.

I’m fairly confident that most people don’t spend a great deal of time thinking about what words mean. Most of us reach for words in conversation, ordinarily confident that whatever word we’ve chosen is appropriate for the context in which we are employing it. Using the wrong word can lead to laughter or to embarrassment, by times, but, for the most part, all of us conduct the business of our days secure in the belief that as native speakers of a language – English for most of us – we’re on pretty solid ground.

And we’re right about that, inasmuch as language, for the sake of day-to-day discourse, is a fluid tool that we use with varying degrees of confidence. Any one of us, when confronted with someone who is more articulate or has a larger vocabulary, can feel intimidated and perhaps be less inclined to have our say but that, I suspect, is more the exception than the rule.

I bring all this up to make a point. As a matter of habit, we rarely spend time examining how words are used or what they mean. I began with the political example simply because it is the “system” that most people are likely to criticize. In response to such criticism, consider the following definition: “system: A set of detailed methods, procedures and routines created to carry out a specific activity, perform a duty, or solve a problem”.

In other words, to strip the definition somewhat bare, a system is a structured undertaking seeking a specific result. As I said, I don’t want to get into (at the moment; I will later) a lengthy defense of our political system. Consider, however, Canada’s legislatures in light of the above definition. What is the political system of our country supposed to achieve? While a great deal can be said about the conduct of those involved and the limitations, flaws and imperfections of the day-to-day application of the components of the system, surely the system is successful in the big picture? After all, Canada has managed to go 200 years or so without a major war occurring within its borders. Canadians, by and large, conduct themselves without fear of tyrannical dictatorships foregoing elections, or of military leaders undertaking coups and/or rebellions. Ours is an ordered society and, I would argue, our political “system” has had a very important role to play in ensuring that such is the case.

Politics and business share a certain good fortune in that regard. Again, looking at the big picture, the desired RESULT of the system operating effectively is clear: in the political realm, the enactment of laws that ensure justice and good order; in business, policies, structures and practices that aim to make the business profitable. Again, I’m not suggesting that either is perfect – we all know that the devil is frequently in the details. Nevertheless, the overarching, desired result is pretty clear in either instance.

Unfortunately – and now we arrive at the point of this latest missive of mine – the same cannot be said for “education”. We live in a time when the word “education” and the term “education(al) system” are tossed about as though the meaning or the intent, in both instances, is clear. That being said, try this some time: ask anyone who is either praising or maligning education, or the system as it currently exists, what it means today to “be educated”. Or, ask instead, “what is the education(al) system seeking to achieve?”

Please don’t imagine I’m suggesting this out of some deep-seated desire to alienate people or to simply criticize for the sake of criticizing. I contend, with absolute conviction, that the mess we call the educational system today has arrived in its current state entirely as the result of good intentions. If you read my blog yesterday, then here we are at the “road to hell being paved with good intentions” moment. 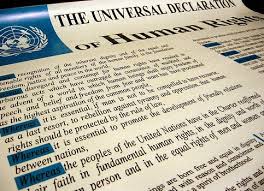 Perhaps the greatest achievement of the last few centuries is, arguably, the development of the concept of universal human rights, rights which have come to include the right to an education. Problems have arisen within public schools because of how complicated that simple “right” really is. If “education” could be reduced to a simple checklist, wouldn’t the task be simple?

As it turns out, seeking just such a checklist goes along nicely with the predominant techno-faith that I’ve railed against in earlier blogs. Increasingly, a system which claims to be “child-centred” is focused on measurable “outcomes” and the success or failure of a school (and the system of which it is a part) is determined by an analysis of data and research. What I would think of as intrinsic differences in ability and in aptitudes among individuals are barriers which can be “accommodated” so that all those who participate in the system can achieve to the same degree in every pursuit.

Extreme, you say? If your view of human beings is fundamentally mechanistic, then it only makes sense that, with the proper adjustments, the deficit in a particular area of achievement can be overcome if the right “fix” is identified and applied. Again I remind you, these ideas are not malicious; they arise out of a sincere desire to provide real advantages to those perceived as lacking something, seldom identified clearly, that makes it difficult for he/she to acquire a particular “learning”.

As an example, a frequently quoted concern in education these days is “learning styles”. Good enough. I know that I am more likely to learn something well if I read it on my own. Someone else might learn the same thing better through conversation and/or interaction. Perhaps a third would benefit from a video presentation. And so it goes: we process things differently and certain things can help each of us learn BETTER. 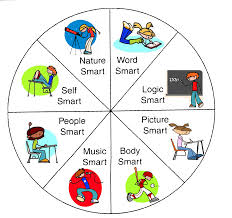 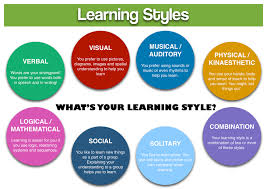 This well-intentioned understanding goes wrong when the theoretical concept becomes a would-be guarantor of a particular result, a “technology” in other words. If I don’t learn “concept A” well, the criticism might be heard that whoever was teaching concept A failed to take into account sufficiently my preferred learning style. In other words, I, the student, am the object waiting to be adjusted and the teacher is the technician doing the adjusting. To say that such a model is dehumanizing only scratches the surface. (to be continued)

Everything must be made as simple as possible. But not simpler.
– Albert Einstein