In the middle of the journey of our life I came to myself within a dark wood where the straight way was lost. – Dante

Recent events in the U.S. as well as an interview with one of the federal Conservative party leadership candidates has convinced me all the more that we need to see the emergence of a truly Progressive Conservative option in this country. I know this will distress an equal number of friends on either side of this paradoxical descriptor but it remains my preferred position. 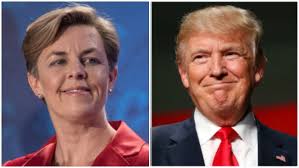 Kellie Leitch, federal Conservative MP and leadership hopeful, spoke with the host of Sunday Morning on CBC, largely trying to defend/avoid her position on a “Canadian values” test for prospective immigrants. According to her, some two thirds of Canadians are in favour of such a test. Really? I would need to see the question that led to that result or some other kind of evidence before I would even begin to believe it but I won’t make the mistake of dismissing such a claim.

That’s where the results of the U.S. election come into the picture. I was among the many here in Canada, the U.S. and around the world who just couldn’t believe that someone as apparently vile and unsuitable for high office as Donald Trump could possibly win the presidency. At the same time, for all of my personal revulsion, I am enough of a student of history to know that people can make choices, to put it mildly, that are not necessarily in their best interest.

So I’ll pause right there. Chances are I’ve offended someone by now. Trump’s victory tells us that some 60 million people in the United States were able either to embrace whatever it is he stands for or, at the very least, to see him as preferable to the alternative, regardless of his flaws. So I’ve potentially ticked off 60 million. Perhaps someone who agrees in general with Kellie Leitch’s idea will see me as elitist. Someone else might think I’m going too easy on Trump and his supporters. Who knows.

What I absolutely believe, however, is that the only way forward is to walk the middle ground. While Canada has not succumbed to the drastic polarization that we see in the U.S., I fear that we could be subject to the same forces as led to the rise of Donald Trump. I was never confident that he couldn’t win, however much, in my heart of hearts, I wanted to believe that he couldn’t. Through my experiences in politics, I know there are people who are quietly applauding a Trump victory (or, like Kellie Leitch, not so quietly). I don’t fully understand how anyone could but then neither can I fully understand much of what has happened in the world that I consider horrifying.

I’ve written, in other contexts (mostly surrounding education), of the dangers of fanaticism. While “progressives” might not like to hear it, I happen to think they fall into that category far too often. They believe that they occupy a moral high ground to which others might hope to ascend and, filled with the warmth of righteousness, disregard those who are, for whatever reason, unwilling or unable to climb that mountain with them.

Conservatives (most Trump supporters, Tea Party and Kellie Leitch variety) are equally ideological. They contend that their view is sacrosanct, and that they alone represent what is righteous and good. Too often, especially in the U.S., a somewhat bizarre form of Christian fundamentalism is mixed in. Whatever the case, in the same manner as the progressives I’ve mentioned, they alone possess the “truth”.

Hence my affection for the “progressive conservative”. Some will, no doubt (some already have), argue that I am simply remaking the designation. I choose to leave that argument for another time. For now, I simply want to suggest that the paradoxical quality of the Progressive Conservative brand points to a much-needed balance. A great deal of ink has been spilled in the U.S. crediting Trump’s victory to the deafness of the progressive left to any voices but their own. Personally, I think that is overstating the case but I might take that up at another time as well. 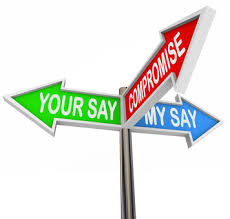 For now, suffice to say that I think that tunnel vision has become the order of the day all across the political spectrum. Sadly lacking just about everywhere are nuance and an acknowledgement of divergent positions that cannot simply be dismissed out of hand. When you ignore the FELT opinions of millions of people, don’t be surprised by a backlash.

Can we move to a middle ground? Can we imagine ourselves as progressive in some things (socially is the most commonly mentioned) and conservative in others (fiscally being the usual)? Such a clear division is, itself, an oversimplification. I would rather think of “progressive conservative” as a state of mind, one where you are always open to new information, hoping to clarify situations and understand more thoroughly and deeply.

As an idealist, I refuse to adopt a stance which demonizes either the left or the right. I do not think anyone possesses some absolute truth to which all others must ascribe. Canadians rightly pride themselves on their overall fairness and respect for difference. At the same time, complacency fueled by a sense of moral superiority is a sure way to alienate lots of people. If Kellie Leitch’s claim to have 2/3 of Canadians supporting a “Canadian values” test is even somewhat true, then we need to have a national conversation. If someone objects to the designation “progressive conservative” then I’ll put it this way: please, let’s meet in the middle. And let’s do so before it’s too late. If you need an object lesson, consider this: you can’t unelect Donald Trump.

One thought on “Let’s meet, before it’s too late”