Always do what you are afraid to do
– Ralph Waldo Emerson

Fear: it’s in the air. No matter where I go, regardless of the occasion, if I run into someone I haven’t seen in a while, the conversation eventually comes around to the question of Syrian refugees. And beneath virtually every opinion offered on the rightness or wrongness of Canada’s plan to welcome 25,000 souls to our shores before the end of 2015 lurks that undeniable element of fear.

We occupy a privileged position here in Canada and, even more so, here in our little enclave on the East coast, far removed from the metropolises of Europe and elsewhere where the threat of yet another ISIS/ISIL outrage must feel incredibly imminent. The effectiveness of ISIS/ISIL’s approach to intimidation cannot be overstated. The unlimited scope of their attacks has put all of us on edge in a way that no group, in my memory, has ever been able to do.

Attacks on embassies, war ships, even the World Trade Towers, have the perverse logic of being symbols of something identifiable that the radical group opposes. In the latter case, in light of what we see as the inherent innocence of the victims (people going about their business, doing their jobs), the logic is profoundly offensive, but at least we can follow it: World Trade Centre as symbol of U.S. economic imperialism, etc., etc., etc. 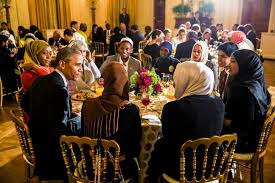 But Paris? What did anyone killed or wounded in that attack do? What was the landmark, the symbol, the thing that shouted “offensive” in the twisted minds of the death cult that pretends to have something to do with religion called ISIS/ISIL? A concert? A soccer match? A restaurant? As others have noted, the randomness of the targets is the very thing that has made them so effective. By striking somewhere that has no obvious benefit, the message is clear: everyone, everywhere is in the cross-hairs unless you are with us.

No wonder fear is evident, even here in small town New Brunswick.

But I’m here to add my voice to those who cry out against that fear. I am not suggesting that we abandon healthy caution but, as in all things, we owe it to ourselves and to those who are more immediately affected by the ongoing calamity in Syria and Iraq to not allow fear to overwhelm our better instincts. Never have I felt so in need of perspective. 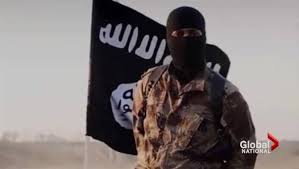 For the friends that I have talked to about this, the central concern is the obvious one: extremists infiltrating the ranks of refugees in order to insinuate themselves into positions where they can cause harm. That’s where that privileged position of ours comes in. With the exception of Air India decades ago and the lone wolf attacks in Ottawa and Quebec last year, we have largely been free of extremist attacks in Canada. 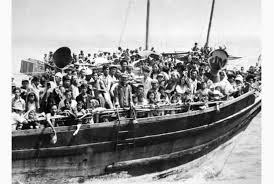 And at that moment, I realize that that is not Canada. Here on the periphery of the violence that afflicts so much of the world, we look upon it with dismay and are grateful that it so rarely has an impact upon us. So, naturally, if we can be convinced to fear that same violence making its way to our shores, we will object to any action that could lead to that. Understandable.

Don’t get me wrong: I’m nervous. The world is looking like a dangerous place and the barrage of images of carnage and cruelty beyond measure in conjunction with the overreactions of crazies who want all refugees banned and tests of Christian belief administered, etc., all contribute to putting just about anyone on edge. At the same time, my rational self demands that I take a step back and act in spite of any visceral fear. 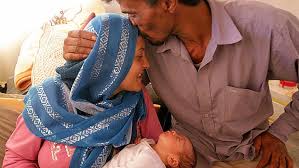 While it might sound like overstatement, I really do think this issue is about Canadian identity. We cannot contend that we are (or aspire to be) the world’s most inclusive and fair-minded country while demanding that Syrian refugees pass litmus tests we would apply in no other circumstance. As I’ve tried to understand my own fear, I’ve further attempted to grasp just what it is we imagine needs to be done in addition to any current screening already applied to refugees.

Because the date, the end of the year, appears arbitrary, I hear myself saying that we need to abandon that. Even as I say it, I realize that my “logic” in saying so isn’t based on anything other than an unsettled feeling inside myself – fear, in other words. “Can’t be too careful” to quote the old adage. 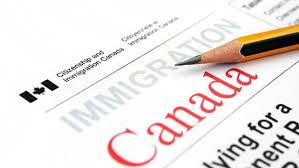 And I know we can’t! But what makes me think that the agencies responsible for such things in Canada are suddenly going to abandon caution and forego the responsibility they have for ensuring all of our safety? That just isn’t the Canada I believe in and those aren’t the Canadians I know.

The bottom line is I have to work on it – my fear, I mean. Because I am afraid. Canada has as much of a chance of being subjected to some kind of attack as anywhere else. But that is not, I have to tell myself, the same as welcoming refugees fleeing from a misery that I can’t even imagine. Emotion is as transferable as a bad cold, maybe even more easily spread, and I think we can all point to bad decisions we’ve made in our lives when emotion got the best of us. Let’s not let the same mistake get the best of our country. Too many lives hang in the balance.