The complexity of things – the things within things – just seems to be endless. I mean nothing is easy, nothing is simple.
– Alice Munro

What do you THINK? Have you been asked that lately? Chances are you have been, whether through a telemarketer who fooled you by having a blocked number causing you to answer the phone anyway, or simply in conversation with friends. Our thinking on just about any topic is the very definition of conversation, after all. Who is going to make the playoffs? What you think of the government and its latest policies? Events in your neighbourhood? Family matters? Life? The universe? Everything? If you’ve ever tried to define what makes human beings different from the rest of the animals, some reference undoubtedly was made to our ability to reason and to contemplate our existence. 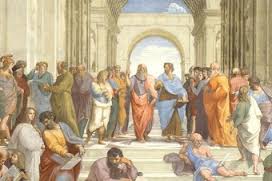 That being said, I can’t help thinking (there I go) we are living in a time when the ability to think carefully and constructively has become increasingly difficult. Okay, that isn’t quite right. As individuals, we have as much time for thinking as we might choose to provide for ourselves. If I want to sit at home with quiet music playing (a concentration aid for many), I can take time to ponder to my heart’s content. Maybe I’ll even pause now and then to take a note or two or even write something that comes to mind at greater length. No, my concern is not so much for the individual’s opportunity to consider whatever comes to mind. I do, however, wonder if an “exchange of ideas” is possible, or even likely, in the multitude of public forums that have become increasingly in demand.

For the sake of this blog, I am using “public forum” in a very restricted sense. Advertised as opportunities for members of the public to get together and voice their concerns regarding whatever issue has made the forum necessary, I seriously question their efficacy. Maybe, when the notion was first devised, such events actually led to a meaningful exchange of ideas and/or positions. More frequently, these days, if specific interest groups haven’t organized such gatherings, those same groups are liable to appear with a clear intention of hijacking the meeting for the furthering of its already decided and unshakeable stance.

These forums can go by different names. One that I attended a few years back was termed a “public information session”. Organized by proponents of a project that involved power lines that would skirt a residential neighbourhood, those with concerns came well prepared. The session was organized as follows: a representative of those with questions would provide a presentation, the proponent would do the same, and a Q &A would follow. Sounds good.

In my perfect world, the session might go like this: those concerned would outline any objections, questions, clarifications they might have/need; the proponent would seek to answer and to explain and maybe fill in any perceived gaps; a discussion/exchange would conclude the evening and all concerned would leave feeling they had a better understanding of the issues. As a follow-up, lines of communication would remain open and, hopefully, all concerned would feel heard even if the final result was not entirely to their liking.

In fact, it was more like this: the concerned side gave a very well conceived presentation, one that outlined their fears and suggested clearly why they were opposed to the project. The two most prevalent causes for their resistance were issues regarding property values (fears such values would decline) and health (studies showing that persistent exposure to high voltage lines can be harmful). They concluded that the answer to their concerns, as outlined, was to bury the lines.

An engineer for the project then came forward and described the plan and pointed out a couple of things: since the lines would be running adjacent to an already existing (and fairly heavily trafficked) rail line, any impact on property values would be negligible. He further pointed out that the lines would be so high in the air that they wouldn’t obstruct anyone’s view. Significantly, he described the lines themselves as at the lowest end of high powered lines. And the real kicker: burying the lines would actually bring the lines closer to people and, since being covered in earth in no way impeded whatever emissions accompany such things, any potential health hazard would be increased, not decreased. Surely that would be the game-changer. 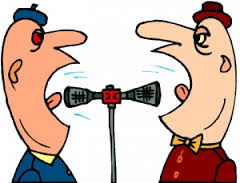 As a disinterested observer, I might have thought that was the end of it. However, when all was said and done – a few questions and clarifications followed the presentations – one voice was raised above the others and proclaimed: “Bury the lines!!!” whereupon the assembly erupted in a raucous round of cheering and clapping. And I’m thinking: what about health concerns?!?

Am I making a mountain out of a molehill? I don’t think so. I use this event as a simple example of a much larger problem: we have little time these days for real debate of complex issues. Whether in letters to the editor, at public forums or in the media, little time is allowed for careful analysis and consideration. Virtually everyone arrives with minds made up and complains, after the fact, that they didn’t feel anyone really listened to them. Translated, that means those on the other side didn’t agree with what your side had to say. 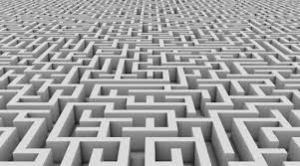 We hear frequently about polarization of opinions and in politics, but I don’t think polarization is a cause of anything. Instead, I would argue it is a symptom of a modern world overwhelmed by information. When so much can seem so confusing and so complex, the simple answer, the slogan, the catchphrase, appeals to us. Even though the evidence is all around us that increasing complexity is only going to grow, we long for simplicity, even if it is illusory. Which brings to mind another old adage: be careful what you wish for.