“God save us from people who mean well.”
― Vikram Seth, A Suitable Boy

When I hear the outcry over cuts to funding for education – whether it be freezes to university grants, the elimination of teaching positions or other measures – my reaction is predictable: you’re missing the point!! As if the quality of education can be assessed through some one-to-one correspondence between allotted budgets and results. Even though I am not surprised, I can’t help myself. Again and again, in any number of arenas, I hear quality reduced to a mere accounting line. 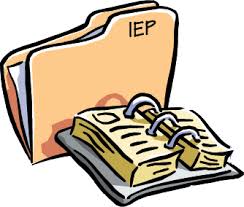 Don’t get me wrong: I am not suggesting that budget cuts and funding freezes are incidental and without consequence. A harsh reality sometimes overlooked by the more starry-eyed among us is that virtually everything has a cost attached. Even the most charitable of undertakings (think foodbanks and homeless shelters) comes with a price tag. When drives are mounted to collect canned goods, for example, such commodities do not emerge out of the ether. That can of baked beans was manufactured somewhere and is the end product of a long line of supply beginning with someone who cultivated the beans (maybe themselves purchased from a supplier) and sold them to someone else and so on. The point being, simply, that all along the way someone is being paid.

When applied to simple commodities of any kind, the correspondence between product and cost is fairly straightforward, even when the context in which it is applied might seem obscure. If you’ve ever wondered how lawyers can justify charging hundreds of dollars an hour for services or, even more, how an executive can “earn” millions of dollars in bonuses, you can still say that the connection between service and compensation is clear, even if you might not regard the compensation itself as reasonable. 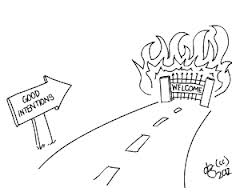 Similarly, even the most expensive of objects leaves no room for doubt: if you want that Rolex watch, it will cost you $10,000. You think it is overpriced? So don’t buy it. The retailer knows from experience that someone out there is willing to pay. All the way back to the time when our earliest ancestors traded a rock for a stick (or some other equally primitive artifact), the value of a product has been determined, at its most basic level, by what someone is willing to pay, whether that payment is for an object, for expertise or for a service. And again, make no mistake, no matter how generous something might seem, someone, somewhere, is being presented with a bill. If such were not the case, fundraising drives for relief of all kinds would become obsolete. Generosity, however much we might hope to conceal the reality, comes at a cost.

By now, someone might be ready to accuse me of cynicism. That, too, to my mind, would be indicative of an unfortunate modern trend. In this era of political correctness, voices that are raised to point out certain realities are seldom welcome. As I’ve argued in earlier blogs, few areas are more prone to this than education. Most recently, I tried to point out that the elephant in the room where literacy rates are concerned is the fact that people who are essentially illiterate still manage to graduate from high school and obtain a diploma. Considerable angst might be felt over illiteracy itself but no one seems to have the fortitude to ask a simple question: what is wrong with the system that allows such a thing to happen with such frequency? 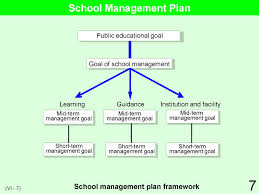 Criticism of spending cuts in education (and the randomness of the cuts themselves, to a certain extent) is further evidence of the superficiality with which such things are handled. A luminary no less than the president of the New Brunswick Teachers’ Association contends, without qualification, that a reduction in the number of teachers employed in the system means students will be affected negatively. By implication, an increase in the number of teachers in the system should equally mean that student performance (almost exclusively measured by standardized tests of some kind) improves. Considering that over the last thirty years the student population has decreased substantially while the teacher to student ratio has done nothing but improve, logic dictates that student results should be doing nothing but improving. And, as we all know, that hasn’t been the case.

I raise this issue not because I undervalue teachers or, equally, not because I believe funding for education somehow deserves to be less than it is. Focusing exclusively on such “manageable” elements, however, prevents us from confronting the far more complex problems confronted WITHIN the system which this money is funding. Our data-driven world longs for the obvious and the educational system has succumbed to that illusory longing. Literacy or numeracy scores are down? Hire more teachers and increase funding. If we can afford it, maybe we can throw in a few more external tests along the way.

Businesses, lawyers and other professionals, retail salesmen lend themselves well to the measurement of output. The business makes a profit, the lawyer wins the case, the real estate agent sells a house. Even doctors, regardless of the complexity of the professional task, have a clear goal in mind, namely, the health of the patient. 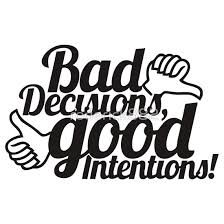 But education just isn’t that straightforward. If expenditure and achievement had a direct correlation, things would be so much easier. Please, keep as many teachers as we can afford and fund the system to the max. But don’t confuse funding with achievement. Nothing will truly improve until all parties admit openly that something is seriously wrong with the system as it is. Most regrettably, the crisis we see today is largely the result of good intentions gone wrong. But then, we all know where they lead, don’t we?