Do not train children in learning by force and harshness, but direct them to it by what amuses their minds, so that you may be better able to discover with accuracy the peculiar bent of the genius of each. –Plato

As a former teacher, part of me can’t help feeling good about teachers receiving a raise. I know how long it takes to become certified (and, these days, employed) and I understand the job. At the same time, I’m leery of the New Brunswick Teachers’ Association’s crowing about the guarantee of a fixed number of teachers for the next five years.

Let’s be clear: for all its protestations, the NBTA is not in the business of improving education. Its responsibilities include seeking improvements in working conditions and salaries for teachers and that’s about it. No wonder then that it sees guaranteeing teachers’ jobs as a victory. In light of the current state of affairs in New Brunswick’s public education system, though, this may prove, ultimately, to be a very bad deal.

Speaking from experience, I can tell you that NB teachers are extremely reluctant to criticize openly anything about the system in which they work. Teachers in New Brunswick have a Code of Ethics which prevents them from criticizing their employer. While I happen to think this provision has been exaggerated in its application, that is irrelevant. Speak to teachers privately and virtually every one I know will tell you that the system, in its current form, is, to put it mildly, in crisis. At the same time, don’t expect them to make such a contention in a public forum.

Meanwhile, the public at large must contend with a government and a department that insists that things are always getting better and better. It doesn’t matter if New Brunswick students score abysmally on international standardized tests; it is equally irrelevant that New Brunswick has a functional illiteracy rate in excess of 50%, a figure that hasn’t moved in more than a generation; pay no mind to the proliferation of interventions sponsored by UNB, ELF and any number of other organizations that are trying to compensate for the existing inadequacies of the system.

Governments, always with an eye to polling numbers and the next election, feel compelled to claim that they are on the verge of the big breakthrough that is going to turn it all around. They are supported by a bevy of educational researchers and “specialists”, eager to implement the latest greatest approach being bandied about in Departments of Education in universities, primarily and ordinarily, in the US and Canada. 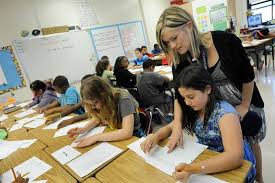 The value of such initiatives to government is the time it provides for the latest upset and/or outrage about poor results or critical reports to fade from public consciousness. Implementing something new allows governments to say “wait, we’ll see the big turnaround once this program is up and running”.

When things fail to improve and public concern escalates, the trick is to implement yet another new approach. If the target is constantly moving and changing, the day of reckoning is endlessly postponed. Neat trick, unless you happen to be one of the students who muddles through the system and finds him/herself unskilled and unemployable. Such is the fate of far too many young New Brunswickers who continue to swell the ranks of the functionally illiterate in our province.

Which takes me back to this latest contract the NBTA has inked with the province. It has long been my contention that the school SYSTEM is the villain in the continuing story of mediocrity (at best) in education in New Brunswick. The successes that occur, in my experience, are the result of the efforts of individual teachers to ensure that the young people in their care learn as best they can in a school system that is often at odds with such efforts. 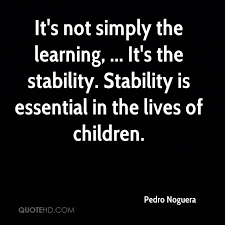 I mention this because that viewpoint is very much contradicted by editorials and opinions that tend to appear in media. As I read recently in the Telegraph-Journal’s editorial response to the new teachers’ contract, the problem, in large measure, according to the editors, is that teachers are not held sufficiently accountable for results. I can understand the sentiment but I know it is based on a serious misunderstanding of the dynamics of the system in New Brunswick.

Such a situation works very well for governments, providing a distraction and a ready scapegoat, thus ensuring that the difficult job of truly reforming the system never even begins. Such was my experience through my teaching career and nothing I have either seen or heard suggests that anything fundamental has changed. Governments tinker around the edges, the workings of the system become increasingly impenetrable as they are wrapped in the latest eduspeak, and students flounder their way through. 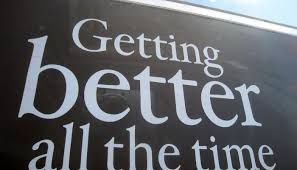 And now we have a guaranteed number of teachers for the next five years even as enrolment is set to decline. While this might qualify as a union “victory” it may prove to be a hollow one. If nothing else changes in the system as it currently stands, the same mediocrity that is evident will continue unabated. Inevitably, the question will arise: “we’ve lowered teacher-student ratios and nothing has improved substantially? What is wrong with these teachers?”

I suppose the NBTA can hold out the hope that the usual strategy of government will apply. When public concern reaches a peak, look for something else to change, something that will promise to bring about the improvement everyone ostensibly wants. And, with the latest promise in hand, public concern will fade for a time. It’s a sad and persistent cycle. Is there someone out there who has the courage to change it?