I’m struck today by the irony implicit in the conception of this blog of mine. “Unabsolutedotcom” exists as a result of my frustration with what I see as persistent oversimplification in just about everything that touches upon our lives, but especially as it manifests itself in public discourse. And yet I try – in some 900-1000 words usually – to unravel that same complexity. While that might strike some as more than enough to dedicate to such a project at one time, I frequently feel constrained. 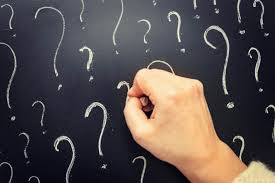 Getting lost amidst the details (the devil’s in them, as the saying goes) constantly threatens clarity, but then I shouldn’t be surprised by that either. No matter the story in the media (I choose that as a reference point since so much of our grasp of current affairs is controlled by what we read, see or hear through print, television and radio), seldom do we learn much beyond the statement, the proclamation or the conclusion.

To be fair, in many instances, we really don’t need much more. If our concerns are limited to a bare understanding of events or facts without qualification, then our conventional media sources can be commended for doing a fine job. As I’ve noted in previous blogs, never have we had so much information so easily accessed (maybe “acknowledged” is a better way to put it since I’m at the end of a very long list when it comes to noting that). I’ve finally arrived at a point in my own life where I seldom sit around wondering how I will find an answer to something only to have it occur to me that the answer is literally an entry on my smartphone away. “Automatic” is the best word to describe my readiness to turn to the nearest electronic device whenever I am looking for simple information. 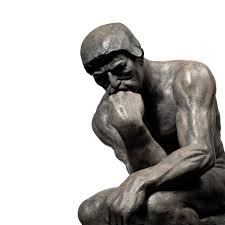 What about reflection and analysis, though? A common theme these days (especially in education, my favourite topic) concerns the need for critical thinking in all kinds of situations. This information age of ours, however, creates a habit of mind that discourages such thinking. For that matter, I’m not even sure that we really mean “critical thinking”, per se, at least not my understanding of the term. “Problem-solving” better describes what most are looking for, which is a VERSION of critical thinking that is well-suited to an age of technological innovation.

Lo and behold, the entire notion of criticism falls victim to over-simplification and serves to further illustrate the difficulties inherent in even trying to address the issue. Instead of critical thinking being a vehicle whereby we illuminate the nature of a problem, where subtleties and nuance are revealed, or where questions are developed, refined or discovered, we pursue it solely as a means to a particular end.

Once again, my personal pursuit – of the more nuanced version of critical thinking – demands that I qualify the previous paragraph. The pursuit of a particular goal through critical thinking isn’t a bad thing. Of course it isn’t! But neither should that be regarded as the ONLY valuable use to which it might be put. The best critical thinking allows us to go wherever the mind might lead us, to confront the uncomfortable, to consider things in ways that might have eluded us and yes, to find solutions to problems that may have been, themselves, unclear to begin with. Allowing for critical thinking of the best kind, you might say, is the defining element of a free society.

So why am I ranting about this today, you might ask? No surprise to anyone who has been reading this blog (or listening to my ponderings throughout the years), a story regarding education got me on a tear. The president of the New Brunswick Teachers’ Association was offering his opinion that a proposed cut to the budget of the Department of Education would decimate education in the province. Of particular interest to me as I read the article were his references to two studies conducted over the last ten years, both of which deal with the subject of inclusion in schools. To be clear, I do not want to discuss inclusion itself at the moment. If you are not even sure what I mean when I say “inclusion”, that’s okay, too. I will come back to it on another day.

All of this is happening in the context of the provincial government asking departments to suggest what cuts of between 5 and 10 percent in their budgets would look like. I don’t even want to spend time considering how problematic such an exercise is in and of itself. Considering the inherent complexity of anything as massive and varied as our public schools, such calculations can’t help but seem like a fool’s errand to me but that too I’ll save for another day perhaps.

No, what bothered me most was how the article suggests that the NBTA and its leadership fail to even question the assumptions that drive the system. Haven’t they heard enough to know that the current system is already in big trouble?!? If the article is reporting accurately and thoroughly, the lone response from the representatives of professional educators is to challenge any planned cutbacks exclusively on the grounds that resources currently are insufficient to ensure that policy is implemented as outlined.

I’m not surprised, though. It’s easier to spend all of your critical thinking energy on trying to solve the math problem of the budget than it is to look closely and CRITICALLY at WHY schools are not improving even as the budgets increase and teacher-student ratios are the best they have ever been. The best critical thinking tends to make us uncomfortable and few nowadays, especially in the public arena, have the stomach for that.