Canada is the only country in the world that knows how to live without an identity.
– Herbert Marshall McLuhan

As promised, the rallies in opposition to Bill C-51 went ahead and, I suspect, they have had the impact I would have predicted: they made a newspaper here and there and probably were reported in other media but, overall, the voices raised in protest will join the ranks of others at similar events, events important perhaps to the few who were involved, but largely ignored by the general populace. Most people went about their business confident that the country wasn’t going to descend into dictatorship and become a police state anytime soon. One need only look to Russia for an example of what such a process really looks like. As one commentator pointed out, can anyone imagine a scenario where Stephen Harper would take charge, personally, of an investigation into the assassination of a political rival? In Canada, we leave the policing to the police; in Russia, Vladimir Putin increasingly seems to be the sole voice of law and order, if you can call it that. But I digress (but only slightly). 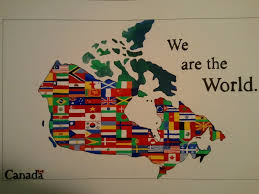 I’m mentioning Bill C-51 because it segues nicely with another controversy that I believe is rooted in a similar, core issue: “values”. I’m referring of course, to the court ruling which supported a woman’s right to wear a niqab to a citizenship ceremony and the subsequent decision by the federal government to appeal that ruling. In a manner similar to the response to C-51, both opponents and proponents of either side are lining up and leaning toward “outrage”, the default position it seems these days for just about anything one might support or decry.

On the one hand you have those who view the controversy as a matter of religious freedom, as outlined in Canada’s charter. Personally, the law being the law, I expect this view to prevail. It seems pretty clear that the woman in question has no other reason for wanting to present herself veiled beyond the convictions of her faith. The other side interests me far more by virtue of its important but nebulous appeal to “Canadian values”, as in “covering your face while you are participating in a citizenship ceremony goes against Canadian values”. 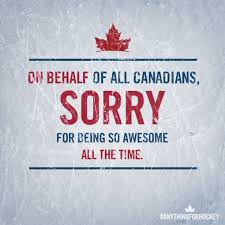 I know many other fine examples of oversimplification exist but rarely does one of this caliber come to the forefront of public discussion. Whoever makes the claim for this violation of values assumes a willingness among those hearing it to simply nod assent and express something along the lines of “yes, as a Canadian, I don’t want anyone covering his/her face while swearing allegiance to the queen and the country”.

At the risk of being accused of treason, sedition or some other soon-to-be-defined offence, I have to ask: what “value” is it exactly that the niqab-wearer is violating? Please don’t think I am disparaging this position in favour of the other. As I’ve already said, I think the law falls on the side of the niqab wearer. But making the issue a question of some overarching set of Canadian values is of especial interest to me because it assumes that such an animal exists and is clearly understood by all. I can only speak for myself here, but am I alone in feeling that any such a value-set is far from clear?

We have instruments of law that outline rights which seem to coincide with, or emerge from, values of some kind, but the niqab example serves to illustrate extremely well just how complicated things can become when elements are added to the equation that probably no one envisioned when the charter was devised. In particular, public fear of the radicalized versions of Islam embodied in al-Qaida, ISIS and others creates an atmosphere where people can feel that something they treasure – even if articulating that “something” might be difficult – faces a tangible threat.

And the niqab is both tangible and exotic. I can’t recall having seen one around Saint John until a few years ago. Having spoken with some who are adamant in their opposition to the niqab, I know they associate it, negatively, with all kinds of things that might fit within that Canadian value arena: oppressed women, extremism, religious fanaticism, etc. And I’m with them inasmuch as I believe values are key to the manifestations of angst we see over both Bill C-51 and the niqab-wearer.

However, just what those values are presents a problem. When the Prime Minister appeals grandly to Canadian values while announcing plans to appeal the niqab ruling, he does a disservice to us all. Politically, such a narrow opposition may serve him well but the entire question deserves a closer look. IS it consistent with being Canadian to go around in public places with your identity obscured? Will we equally require teenagers and others to remove their hoodies, a feature of certain apparel which rivals the niqab when it comes to hiding your face?

Canadians have been accustomed to define themselves by saying what they are not.
– William Kilbourn

Really, the larger question concerns that age-old dilemma: what, precisely, does it mean to be Canadian? Growing up and later studying Canadian literature, I heard a variety of voices on the subject. The only place consensus seemed clear concerned our neighbours to the south: whatever it meant to be a Canadian, we definitely WEREN’T American.

Perhaps, as the world becomes increasingly complex and we are challenged to accommodate more and more differences from some vaguely stated, but commonly felt, norm, the time has come to give some thought to just what values we do cherish as Canadians. My point always would be, simply, it isn’t a stark choice between tolerance and intolerance. Somewhere amidst the fear of terrorism, anxiety over things that are new to many, and a general unease as the world seems increasingly chaotic lies a Canadian identity. Maybe it’s asking too much that we try to articulate clearly some common principles that define us but we certainly won’t know unless we try. If that is to happen, we need to scale back the “us” vs “them” rhetoric and, in today’s public arena, that might be the hardest task of all. 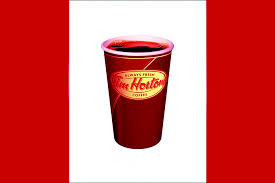