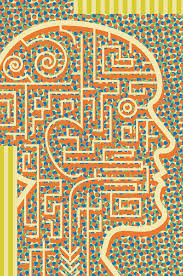 At the conclusion of yesterday’s blog, I mentioned a topic that is dear to my heart, while not saying just what that topic might be. Even now, clearly articulating that topic in a simple phrase is difficult. Before sitting down to write today, I did a little reading online and landed on an article (see the link at the end), taken from an online source called the International Socialist Review. I’m sure better sources exist but this piece offered some of the thinking that I believe has landed us in a dire condition in many spheres. While not specifically using the language I have come to prefer, the article, when its implications and assumptions are recognized, outlines what I have come to call a “technological model of humanity”.

Consistent with oversimplification (and the accompanying polarization), the author contends that the choice is stark: either accept capitalism which holds to a fixed view of human nature (supposedly) or embrace socialism which sees human nature as adaptive (another supposedly) – something coming into being; something that is always malleable.

While this may seem to be one of those “who cares” moments for many, it shouldn’t be. As I will try to explain as this blog develops further, ideas that strike us as irrelevant to the reality of our day to day lives do, in fact, have the potential to determine far many more things than we might imagine. So what is this technological model of which I speak?

By way of contrast, in the last blog I referenced the “indefinable character of ideals such as virtue, goodness, etc”. In a broader context, I do not hold with a somewhat dominant view that human beings are fundamentally mechanisms that can be adjusted and “improved” in much the way one might hope to build a better car or computer. It may very well be a result of my background in literature but I do not apologize for continuing to believe that there is something impenetrable about both this universe and us.

As a simple illustration of this notion, I would often ask students to consider a sunrise or a favourite piece of music. We can all grasp the idea that, in either case, we find something attractive that draws us. The exercise was my attempt to show just how difficult it is to nail down, in concrete terms, exactly what it is that MAKES them attractive. In the case of the sunrise, we might speak of the colours, or the overall “beauty of the scene”. If it were possible to extract the colour or the perceived “beauty” from the event itself, everyone agreed that such a display wouldn’t account for that thing’s “power”. In other words, to revert to the old gestalt notion, in some indefinable way, the whole is frequently greater than the sum of its parts.

The authors of the article I’ve referenced imagine any view of a fixed human nature as death to human development. They discuss at great length how social structures are reinforced by assumptions about human nature, those assumptions originating out of the desire of the powerful within society to remain at the top. Chief among these assumptions is that human nature is fundamentally bad. If we didn’t oppress, (so the argument goes) the wheels would come off the bus and all would descend into anarchy.

As I’ve argued repeatedly, such simplistic overstatement lends little credence to an article or an argument. So where do I begin to present my own view, and why do I care? I’ll leave you today with one of my favourite renderings of our mysterious humanity, courtesy of Alexander Pope.

from An Essay on Man

Placed on this isthmus of a middle state,
A Being darkly wise, and rudely great:
With too much knowledge for the Sceptic side,
With too much weakness for the Stoic's pride,
He hangs between; in doubt to act, or rest;
In doubt to deem himself a God, or Beast;
In doubt his mind or body to prefer;
Born but to die, and reas'ning but to err;
Alike in ignorance, his reason such,
Whether he thinks too little, or too much;
Chaos of Thought and Passion, all confus'd;
Still by himself, abus'd or disabus'd;
Created half to rise and half to fall;
Great Lord of all things, yet a prey to all,
Sole judge of truth, in endless error hurl'd;
The glory, jest and riddle of the world.